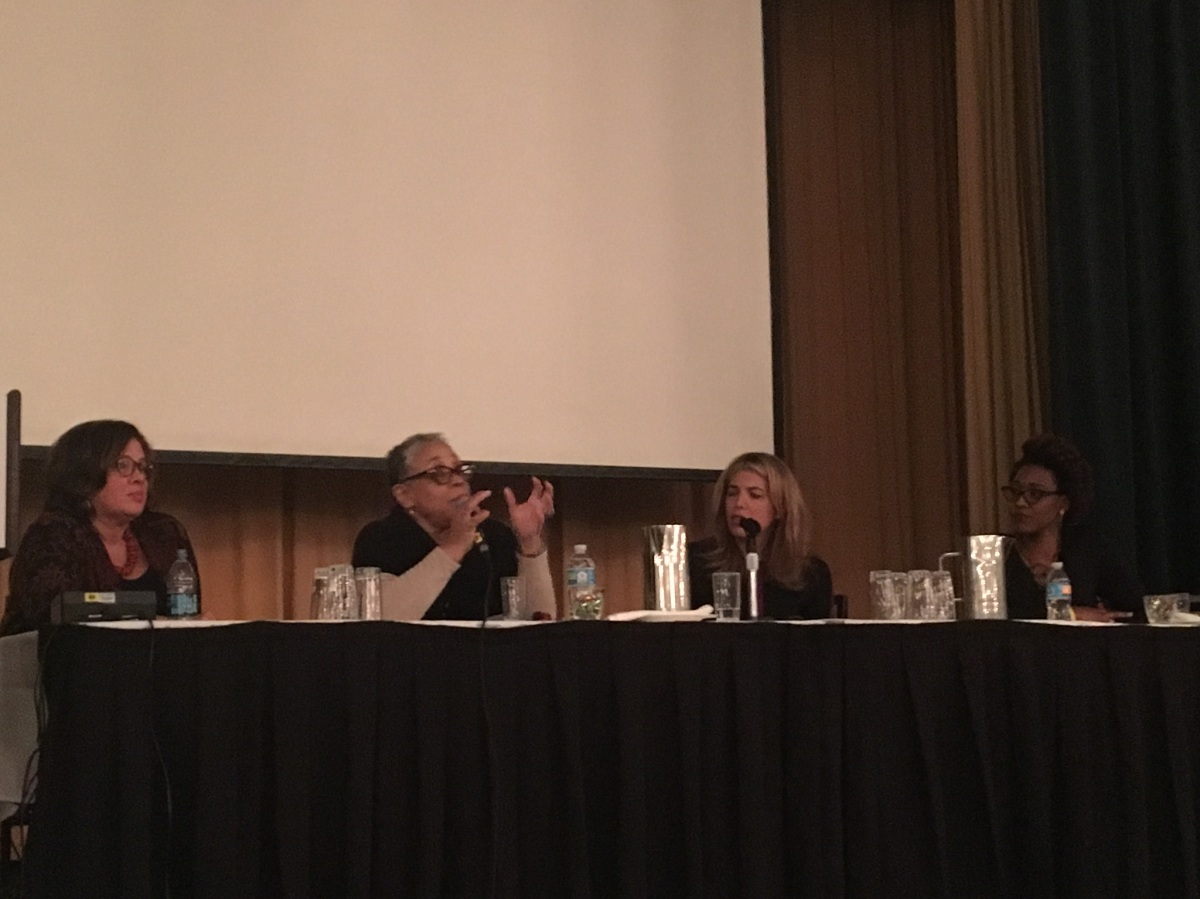 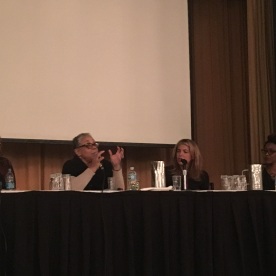 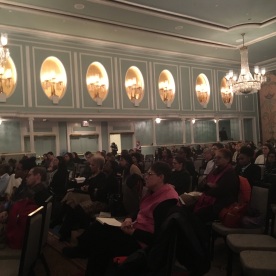 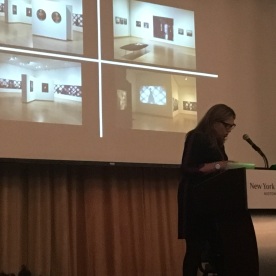 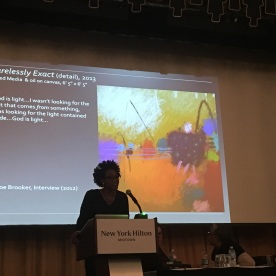 Riff examines the push and pull of the relationship between three African American artists and the European canon. These relationships exemplify a distinct tradition within African American and black diasporan artistic practice that has evolved and shifted over the last century. This inquiry goes beyond aesthetics and style to focus on the appropriation of canonical European iconography and ideology as a powerful means to define blackness or black experiences. While some artists took nourishment from European source material as a means of validating their work in an international arena, other black artists adopted an opposing stance to this canon and used the imagery to question the supposed authority of European art and reveal its vexed relationship to people of color.  Regardless of the approach be it celebration, critique, irony, or annihilation, black artists’ engagement with the European canon was a sustained practice over the twentieth century and into the current moment. Contemporary artists from across the African diaspora continue to interrogate and interpret the Western canon in innovative and important ways. This panel looks at three distinct cases in the work of painters Robert Colescott and Moe Brooker, and photographer Carrie Mae Weems. We will consider multiple questions that this issue poses. Who does this practice serve? How is blackness conceived at the nexus of the original European source and the African American reinterpretation? Is the imbalance of power problematic? Are there trends that develop over the century? Why does it remain a powerful enterprise?

Robert Colescott’s painting series of bathers created between 1984 and 1986 draw on well-known themes from art history from the female nude, to mythological subjects and landscape modalities. The compositions follow a sequence of events and encounters that result after a blond woman washes upon the shore of some exotic clime from an equally mysterious destination to be rescued a group of black and brown women. The paintings examine the consequences of this “first encounter” and a resulting crisis in self-image and affirmation that is experienced by all the protagonists as they adjudicate conflicting criteria for beauty. In addition to referencing a number of allied compositions by Giorgione, Titan, and Lucas Cranach the Elder, these paintings show Colescott’s progress from his signature strategy—developed in the 1970s—of appropriating European and American master paintings in a satirically raucous imagery cotangent with Pop Art and Bay Area alternative comic art which made his reputation in the context of the new figuration emerging at that time. They indicate a more a definitive shift to a more personal and in-depth procedure to develop his own critical and theoretical re-visioning and re-appropriation of world and art history, challenging and correcting the “official story.”

This paper uses the lens of semiotic theory to explore the relationship between the staged photographs that conceptual artist Carrie Mae Weems created for her 2003 Louisiana Project and Caspar David Friedrich’s iconic painting Wanderer Above the Mists (1817-18).  In several of the photographic pieces that comprise the Louisiana Project, first mounted at the Newcomb Art Gallery at Tulane University in New Orleans in 2003 and then re-exhibited in various configurations over the last 13 years at a number of venues including Weems’ 2014 retrospective and Prospect 3 in 2015, the artist is silent witness to the landscape around her.  She stands with her back to the viewer, a specter before the sublime exteriors and interiors of Greek revival plantation homes; paint-peeling verandas; crumbling urban apartment complexes; stretches of deserted railroad; desolate industrial complexes; and graveyards filled with above ground tombs. Like Friedrich’s wanderer, Weems’ figure is poised on the brink, having come to the sublime American vista that is New Orleans, but just a bit too late.

Throughout his more than four-decade-long career in the arts, Philadelphia native Moe Brooker, has created a distinctive artistic language that calls out to viewers to not only look at his arrangements of patterns, colors, and shapes on canvas or paper, but also as investigations into the divine. His spiritual upbringing and the resultant approach to art-making, along with jazz and gospel music, have contributed to his energetic, abstract mixed-media paintings. In Concerning the Spiritual in Art, published in 1911, Wassily Kandinsky outlined his theories on the aesthetics of shape along with the the psychology and language of color and form in painting, which made him one of the first European artists to break through the representational barrier into total abstraction. Kandinsky believed that the “spiritual” is non-material, practically anything that cannot be touched by hand. Kandinsky proclaimed the following: “Generally speaking, color is a power which directly influences the soul. Color is the key-board, the eyes are the hammers, the soul is the piano with many strings. The artist is the hand which plays, touching one key or another, to cause vibrations in the soul.” I argue that Moe Brooker represents his faith in the Kandinskian sense, “spiritually…[and] immaterially” through his systematic practice of abstraction and the implementation of improvisation on the canvas brought together harmoniously as a product of his daily devotion to painting.